This is the second phase of the Traditional Balinese wedding of Ngurah and Dewi. Eight o'clock in the morning I was already at the Ngurah's home in Klungkung. Just like any other Balinese wedding ceremony, Ngurah's house was decorated with Balinese specific ornaments of coconut leaves, very lovely and merry.

Before the ceremony was held ,they first had Mepandes ceremony or dental filing for Ayu, Ngurah's little sister.  Mepandes is one of the ceremonies to indicate self-maturity or passing the puberty. The purpose of dental filing is to eliminate bad characters that exist in every human.  Every Balinese Hindu teenager will have this Mepandes Ceremony.

This wedding ceremony will be conducted by two ceremony leaders called Pemangku and Pandita (Ida Pedanda). Each of them has the same duties but different worship. Pemangku has duty to do rituals at house front yard for the ancestors meanwhile the Pandita is more to the Gods and Lord and it is conducted in worship place called Merajan/Sanggah (family temple). Both leaders have the same purpose of wishing the blessings for the wedding of the couple. After the ceremony was held one by one, the guests started to come to congratulate the wedded couple. Happy Marriage Ngurah and Dewi, may it last forever. 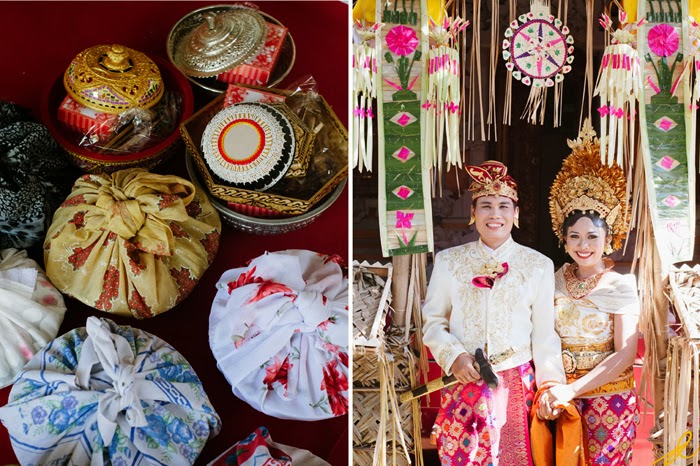 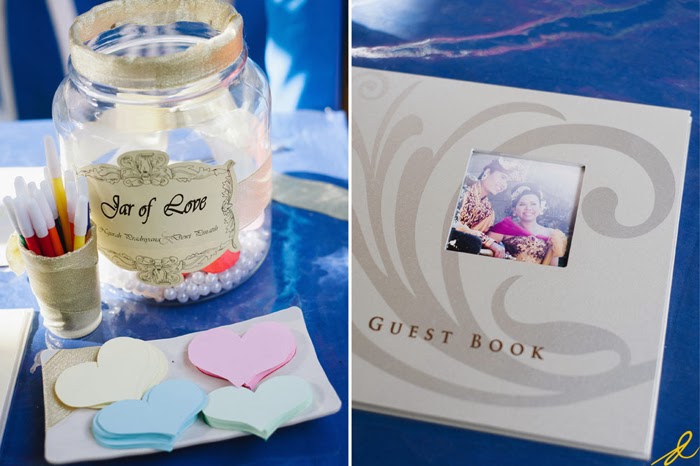 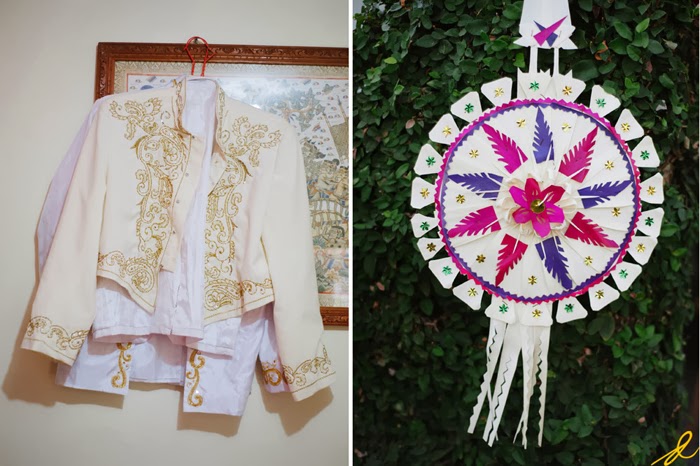 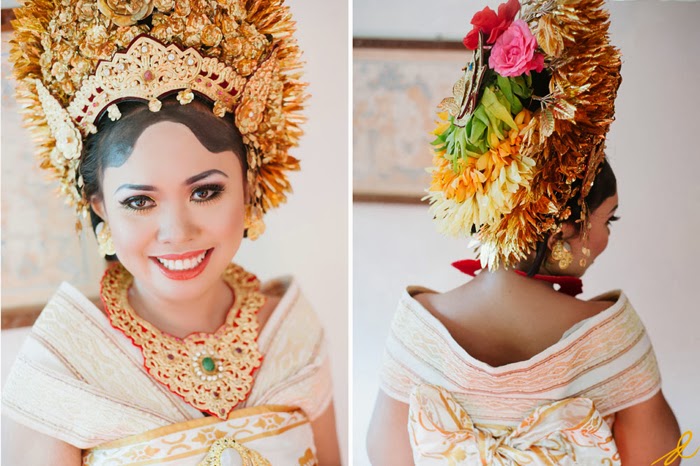 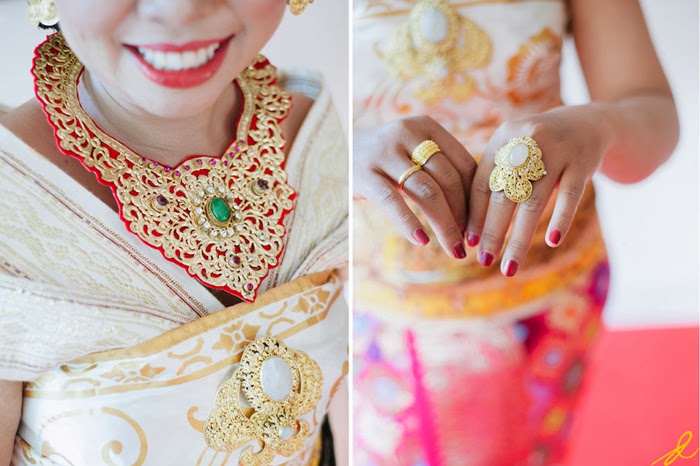 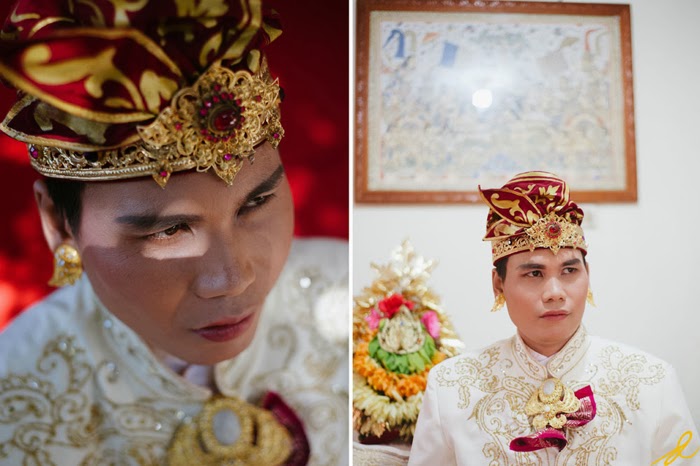 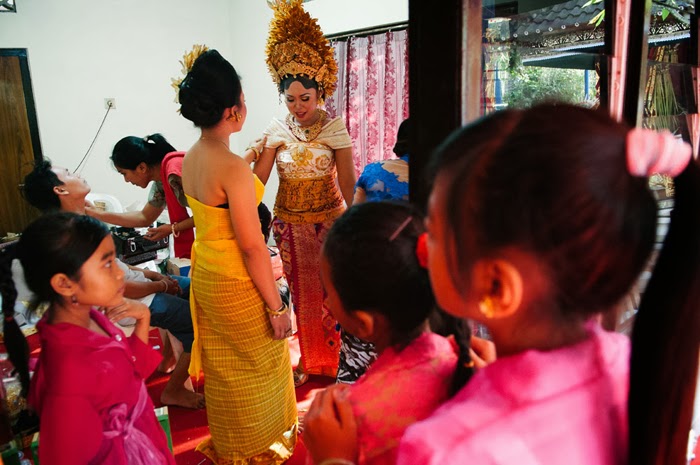 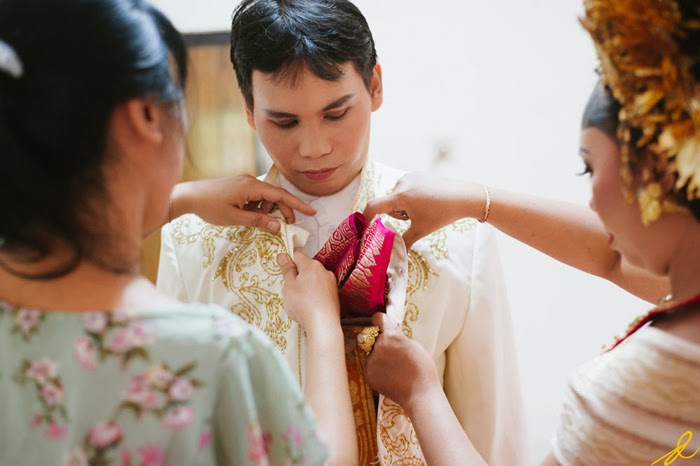 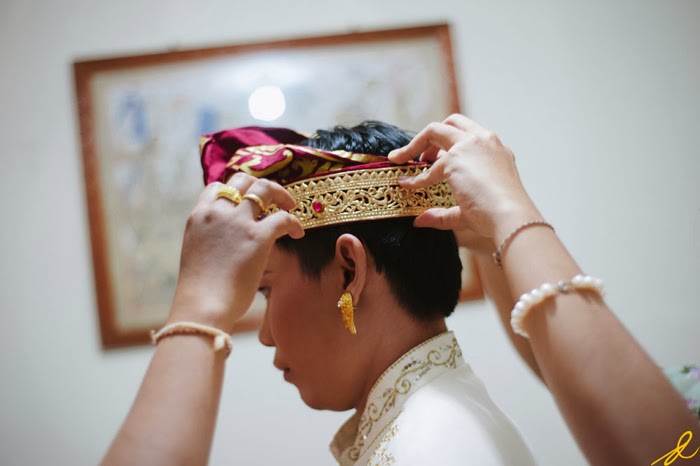 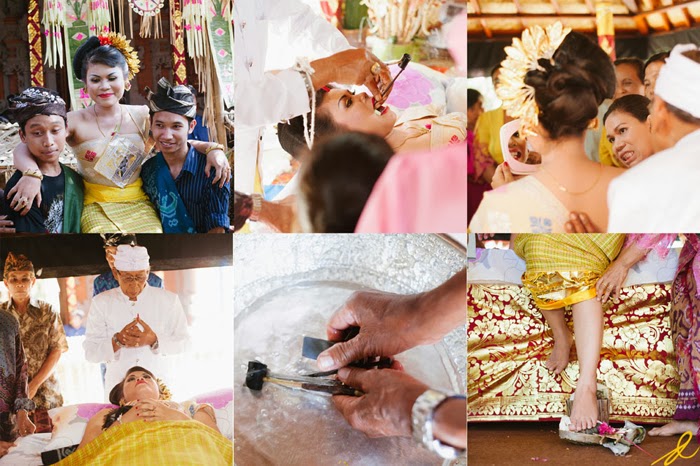 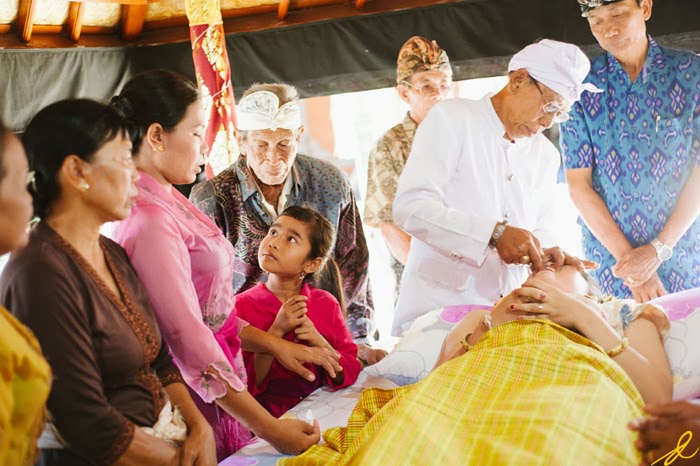 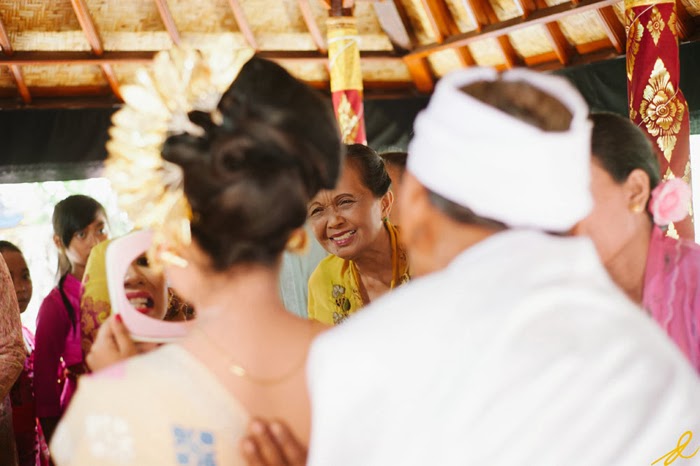 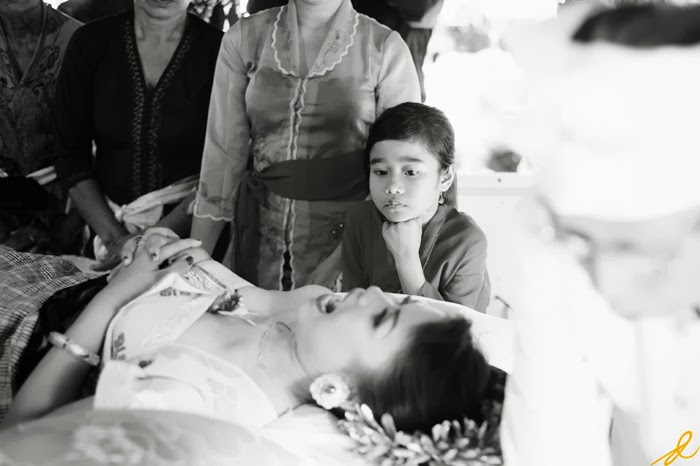 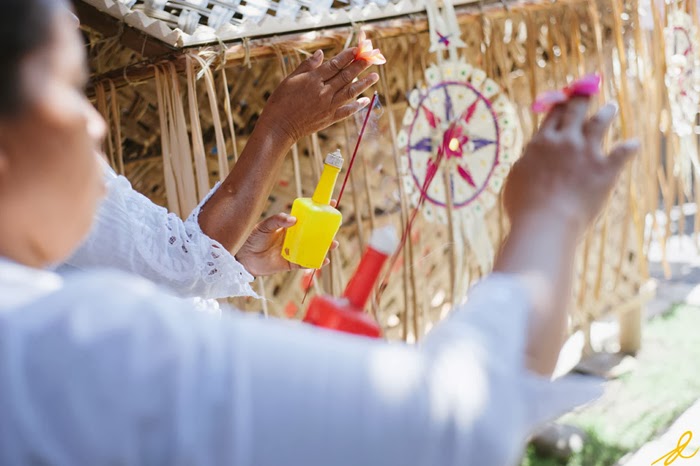 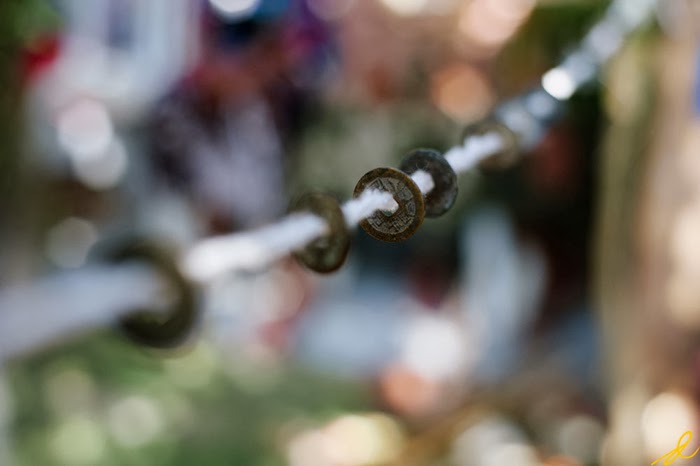 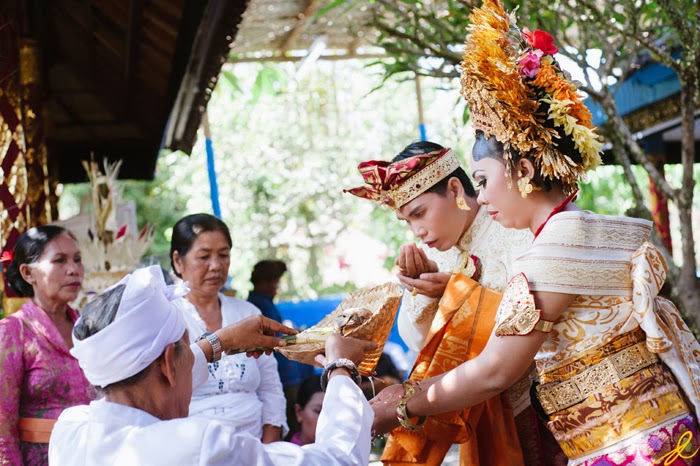 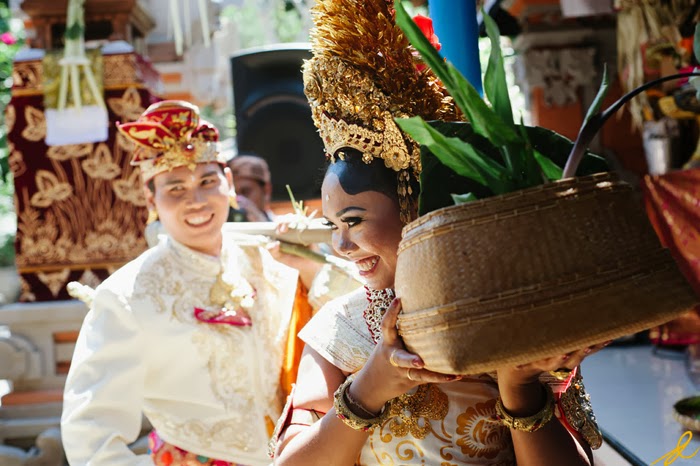 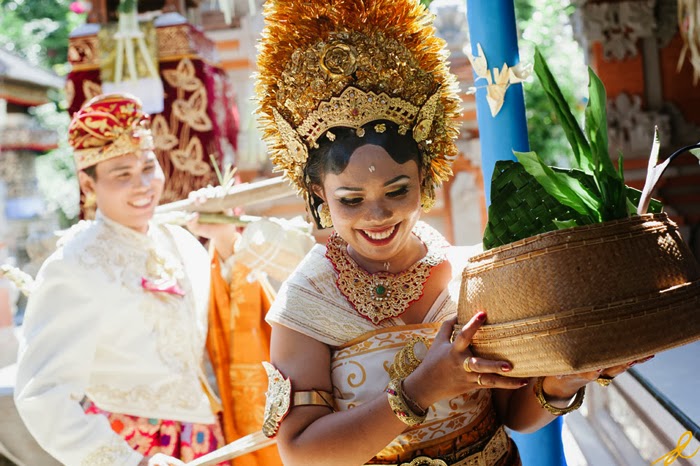 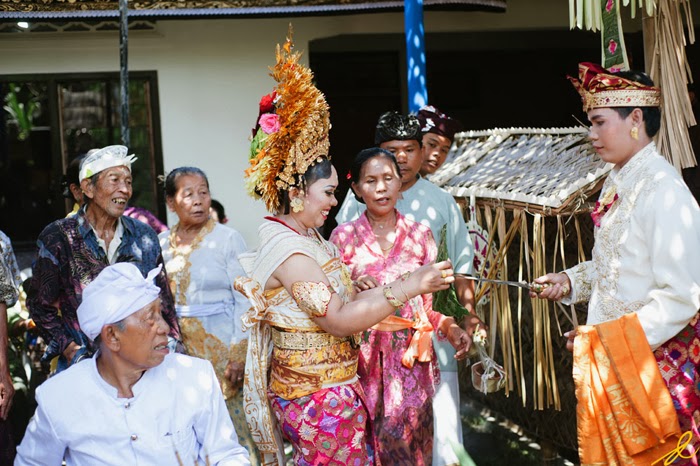 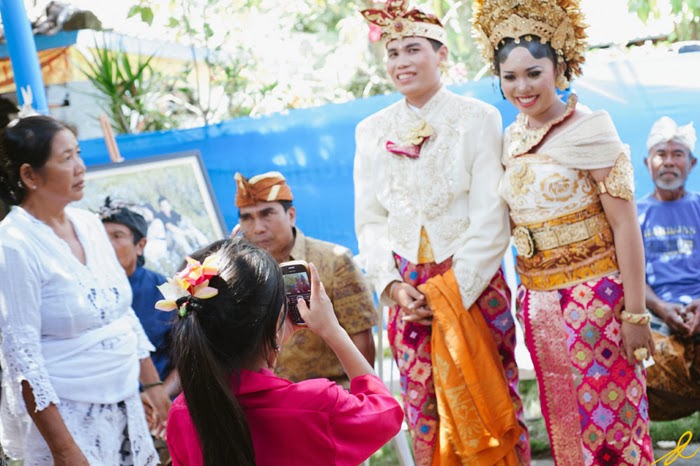 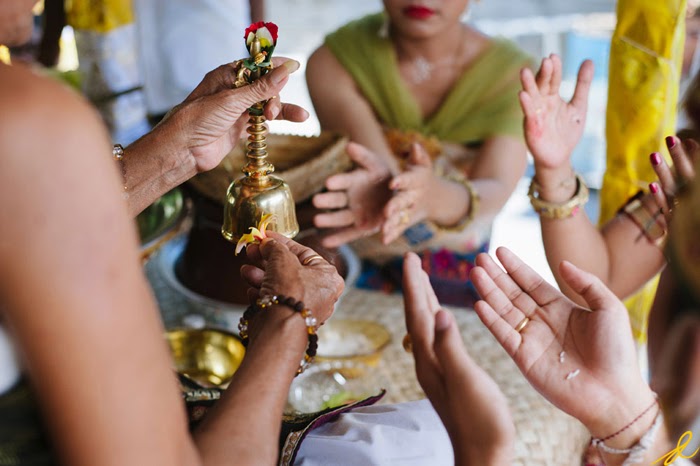 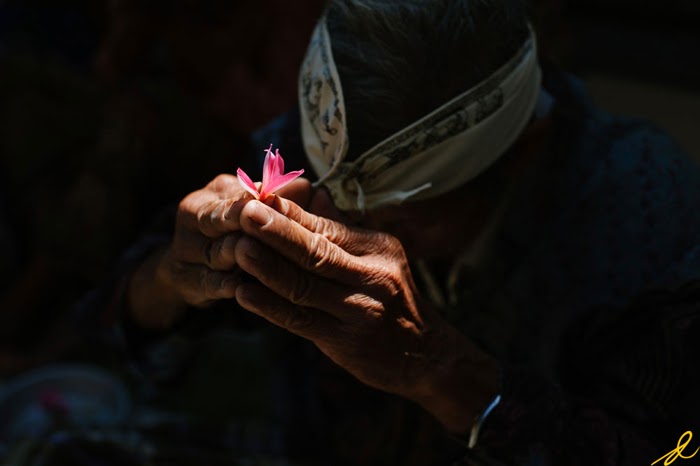 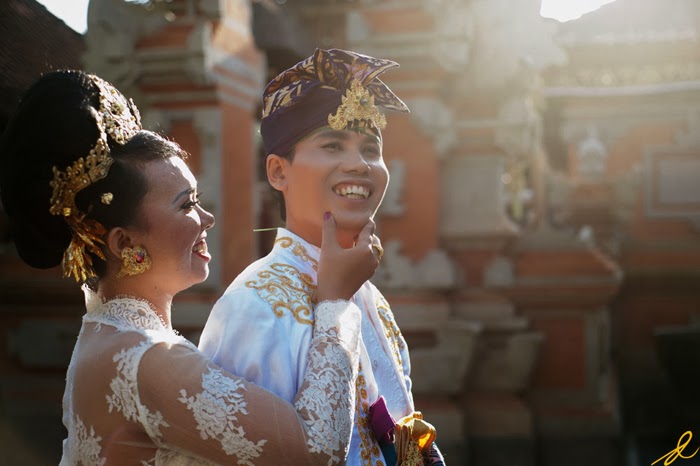 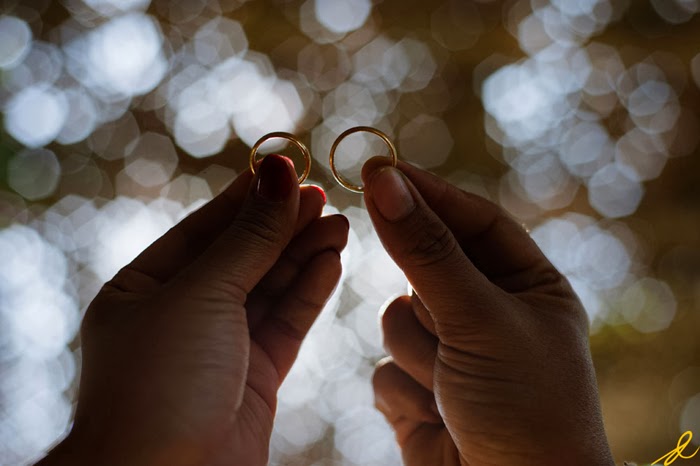 Popular posts from this blog

It had been a while since my team and I covered the intimate elopement like this. This wedding was only attended by closest people of the bride and groom. Lizzy the beautiful bride, which was only accompanied by one bridesmaid, seemed busy with her dressers, meanwhile in the different part of the villa, the main room, Sean the groom was cheerfully chatting with his friends and family. The chit-chat and jokes they had made the big room seemed small. The marriage vows were to be said by the sunset, where the weather was expected to be a little bit cooler and the venue which took place on the top of a beach cliff, got the nice breeze from the ocean.  Yet I could see that the groom was nervous and cold-sweated because his shirt was wet, or was it because of the weather? :) Under the blue sky, with the caresses of the wind, and the sound of rolling waves crashed onto the rocks, the vows of the two children of men were finally said. A kiss, happy faces, applauses, the
Read more

As a photographer who loves all gender of photography, it is very easy for me to love Istanbul. The stunning landscape, unique culture, adorned and beautiful architectures are in every corner of the city. After a week seeing the glory of the past and the grandiose civilisation in Istanbul with my beloved friends, Sandy and Fadli, now it was time to explore Pamukkale and Cappadocia/Goreme. In Denizli province we only visited the Cleopatra thermal bath, the beautiful Pamukkale calcium travertine/terraces, and Hierapolis building one of the sites of UNESCO world heritage center, you must visit these places when you are in Turkey. In Cappadocia or Kapadokya in Turkish, we live in Goreme the heart of Cappadocia National Park. Goreme is a beautiful town with an unique landscape, it's mind blowing. Cappadocia cannot be separated from ceramics, carpets and hot air balloon. I was very lucky now I could see and get on the balloon just like what I saw on book covers or desktop w
Read more

A couple of days ago I had the pleasure to photograph this beautiful mom to be, Shalini and her husband, Ram. They are from Singapore and are expecting their first baby. I absolutely love this babymoon session. We had so much fun in several interesting place in Ubud area, Tegallalang rice field and Saraswati temple are the best places to visit in Ubud, enjoy!
Read more